The pictures below were taken on June 25 and 26 at Carillon Historical Park in Dayton, Ohio during the 2016 Rail Festival.  They are not in chronological order.  Click on each picture to see an enlarged version. 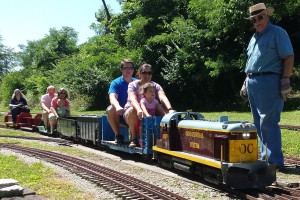 Remote Control Loco – The Engineer controlling the locomotive is the lady sitting on the last car in the black shirt.

Side view of the Calliope outside of the Dickey Building

Front view of the Calliope

Loco #4 in the steaming bay area

One of the two Mill Creek Central steamers. One was numbered #802 and the other was #8022. 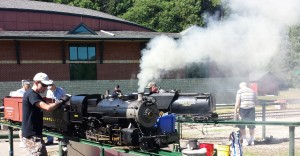 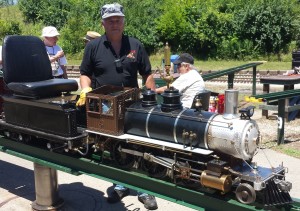 John’s loco on the lift

Ken with a new operator on 652

Mike’s Shay loco blowdown at the end of the day