The pictures below were taken during the first three days of the Buckeye Limited Convention at the Mill Creek Central track by Coshocton, Ohio.  Click on each picture to see a high resolution version.

A view of the 2-10-2 beside the steaming bays/shelter. 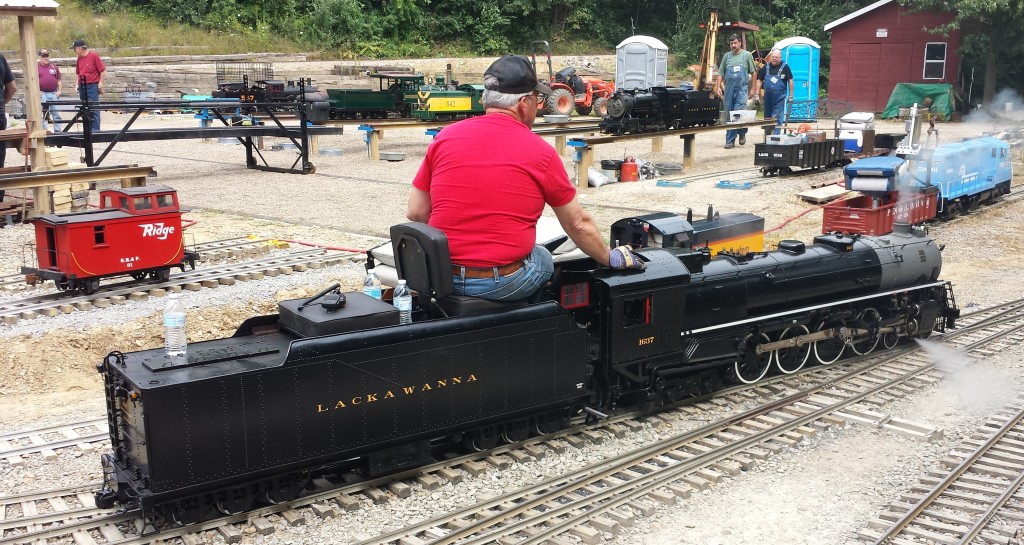 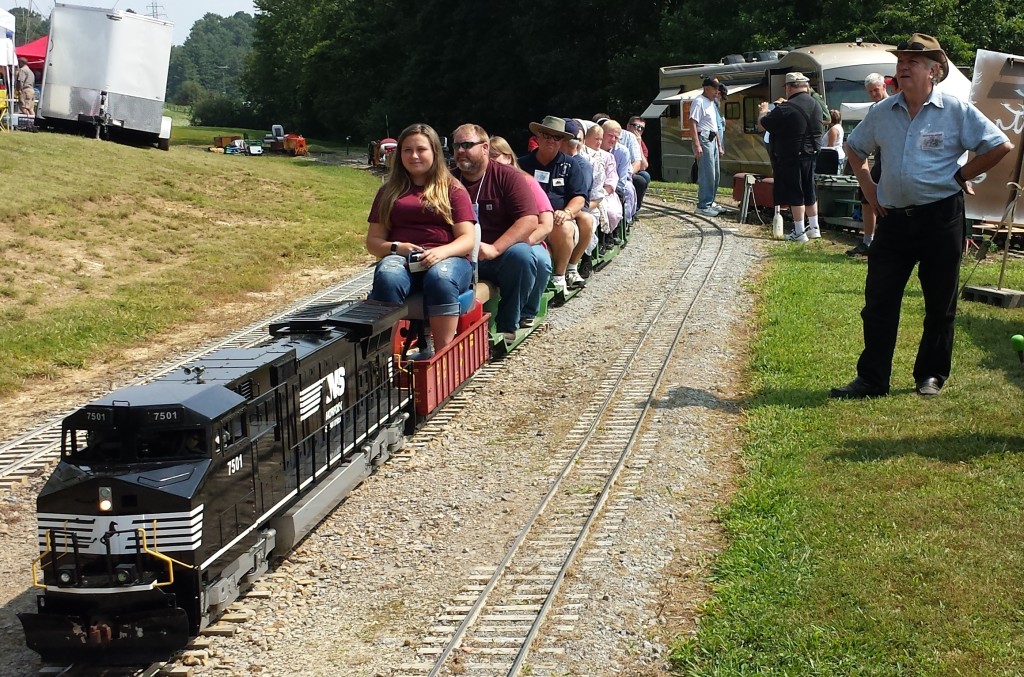 A 4-8-4 leaving the steaming bay.  This engine was from Texas and was made by the engineer. It’s the second engine he made and he wanted all the bells, whistles, and extras on it. 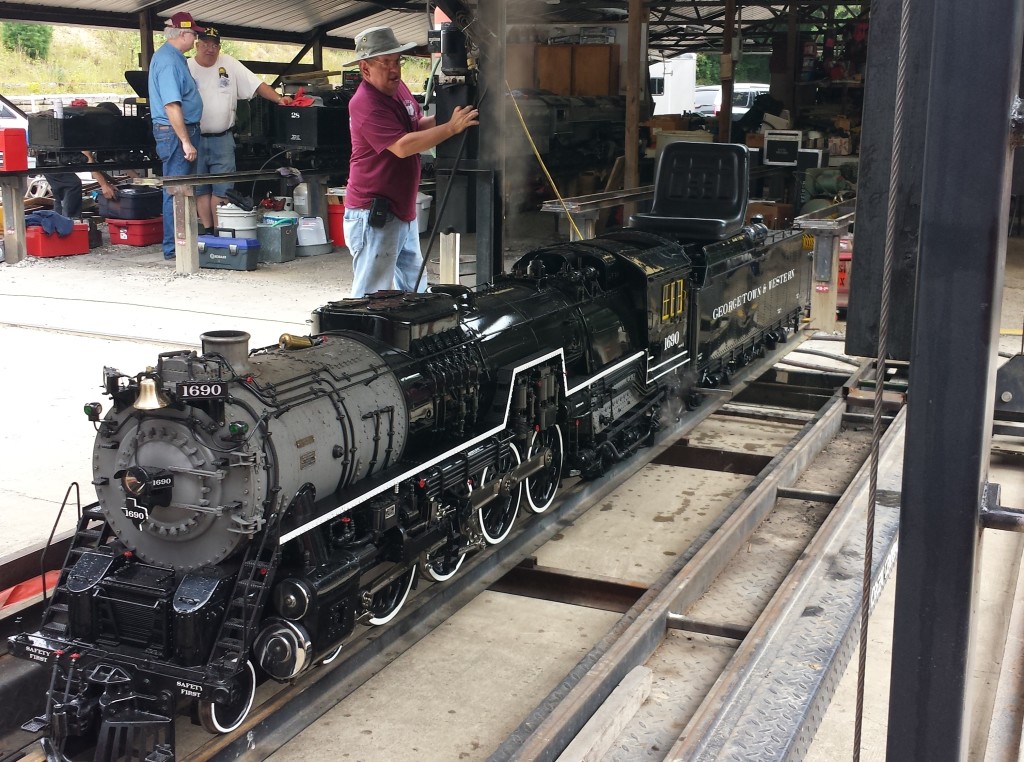 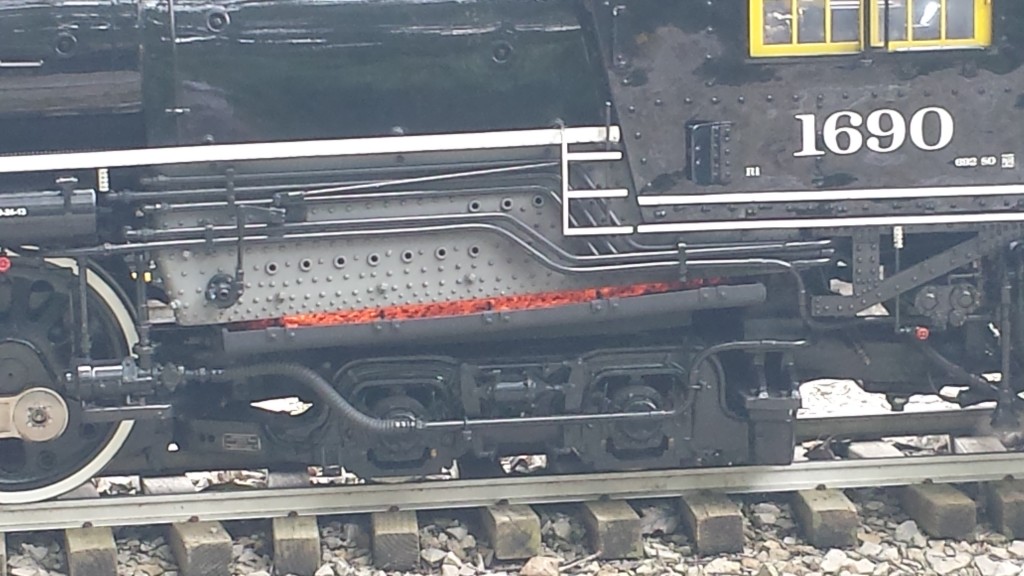 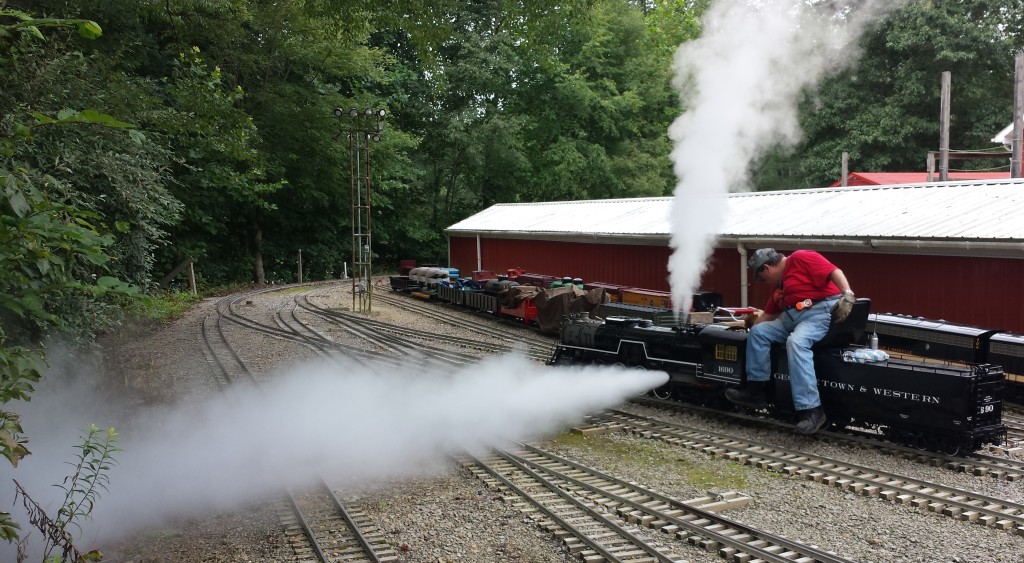 The 4-8-4 with it’s safety venting and also doing a blowdown prior to running out onto the track. 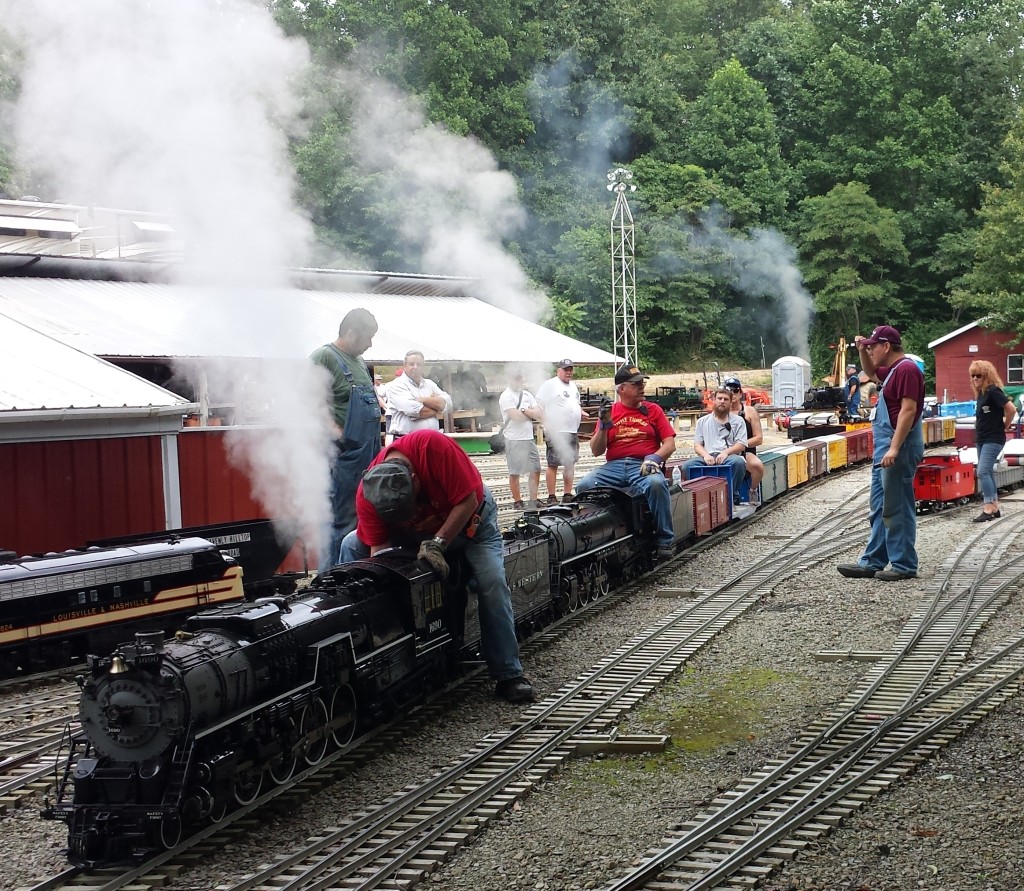 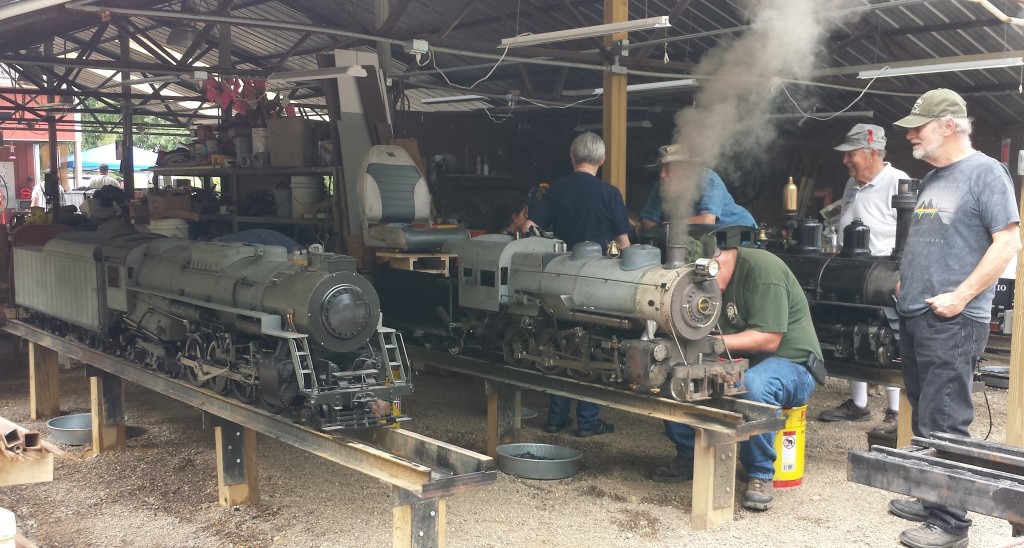 Two steam engines in the back half of the steaming bays under the shelter.  There are two more behind these two. 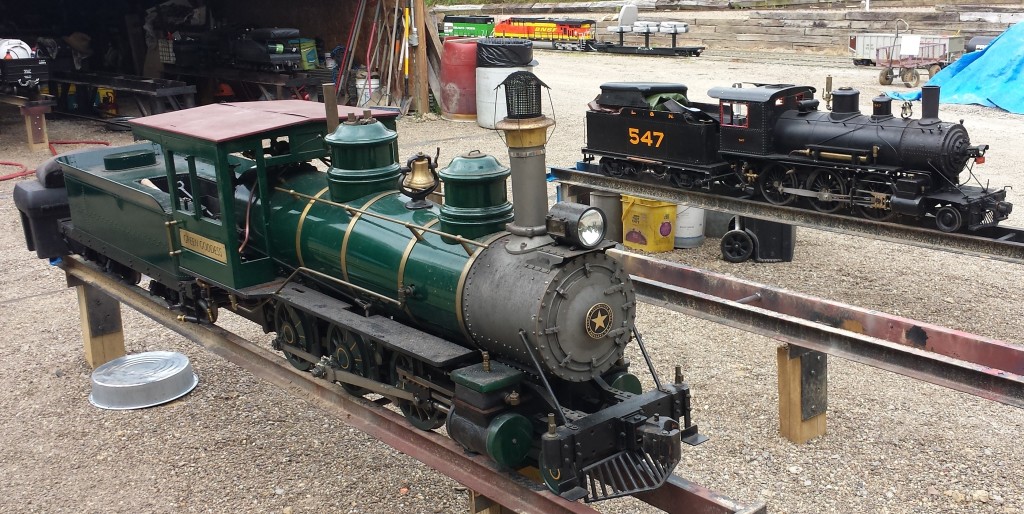 Marty Knox’s green loco with another in back.

More trains parked on the North side of the main yard with a train going up the hill in the back. 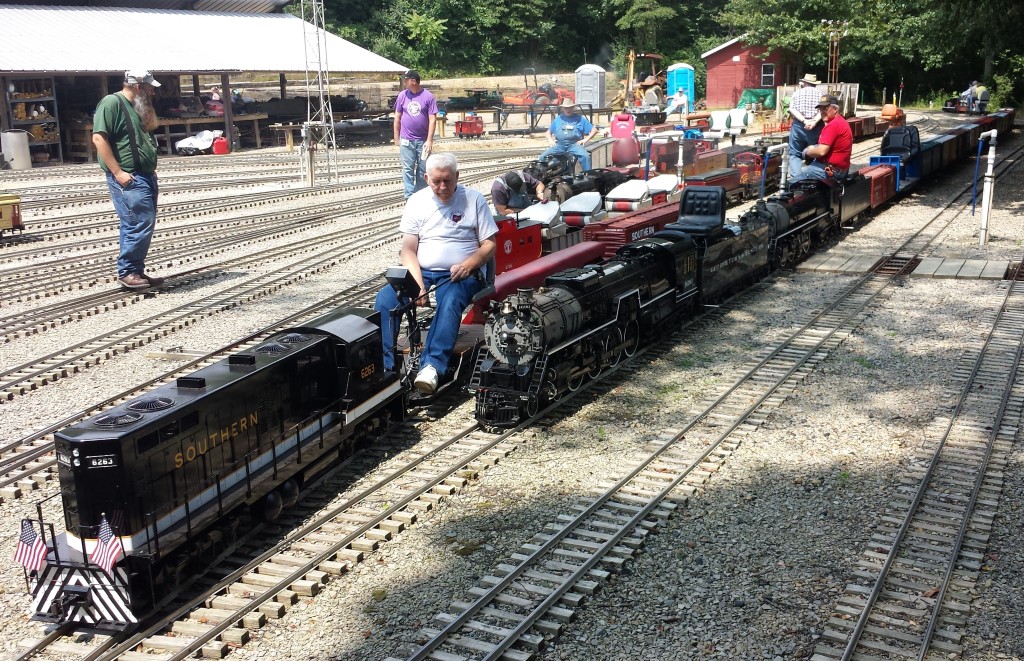 More yard operations.  Recognize the guy in the green shirt? 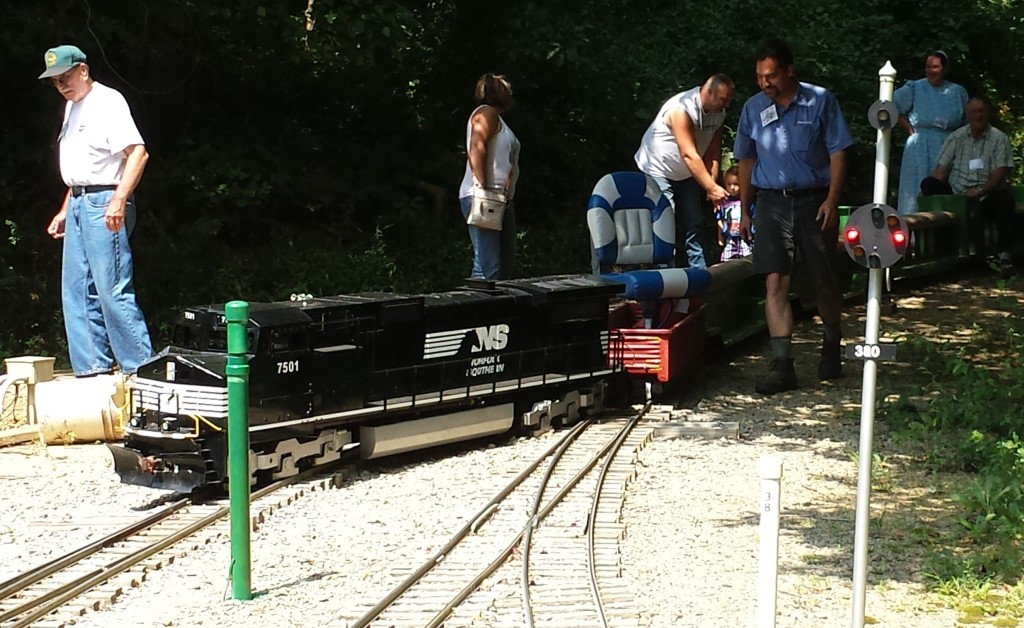 The loco tried to run on two tracks.  Note the red signal – means a train is coming this way. 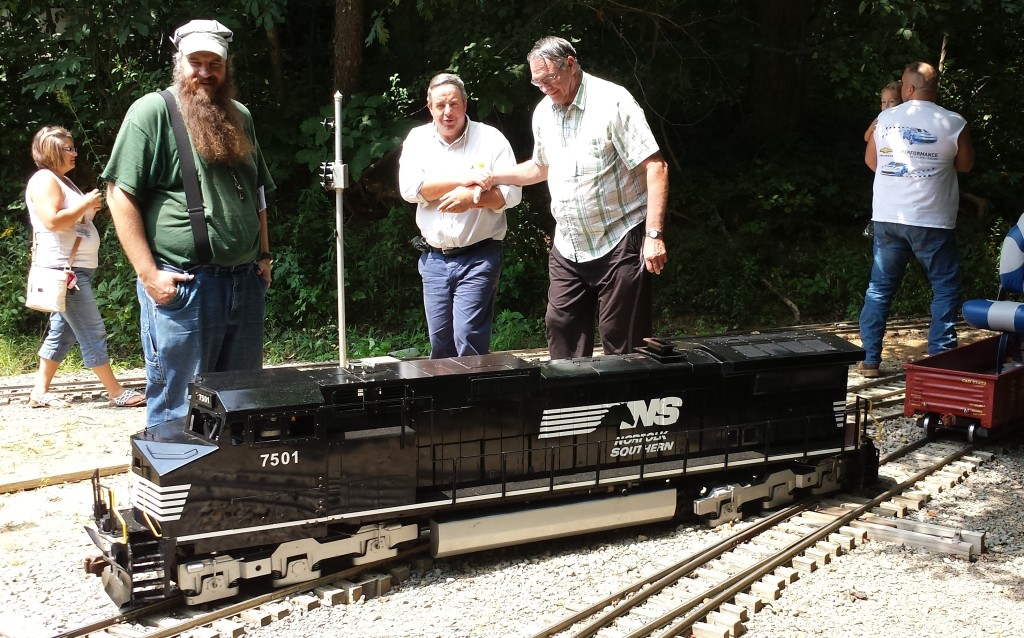 Passengers got off and started walking.  Nobody hurt. 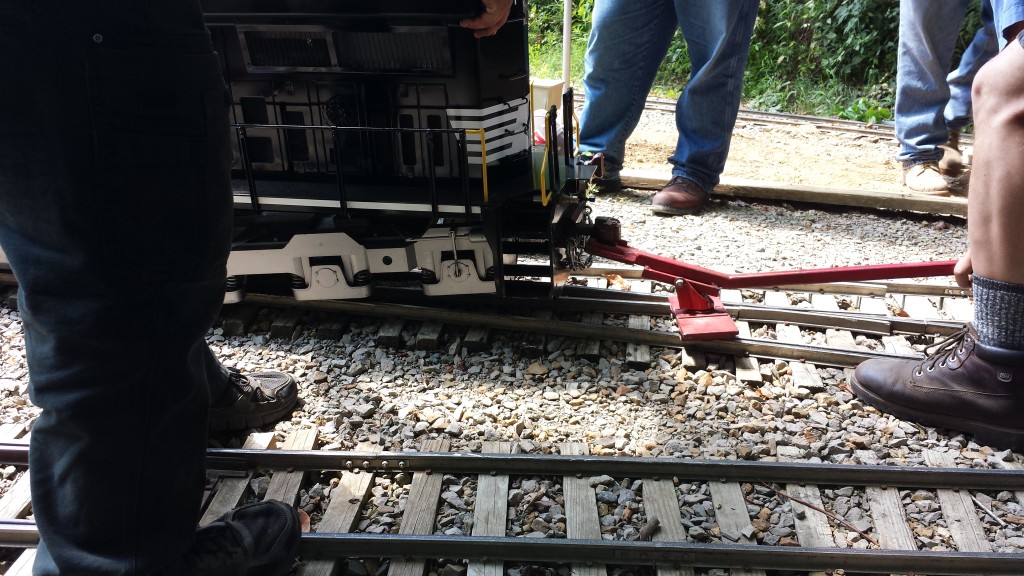 Using a re-railing tool to first lift the back end of the loco back onto the track. 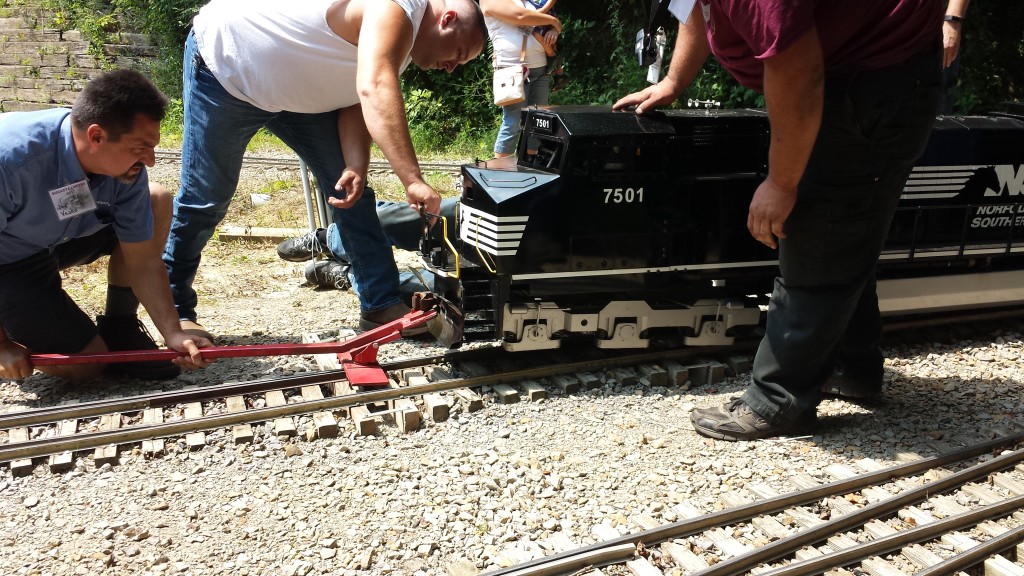 Putting the front back on the track. The re-railing operation took only about 5 minutes.  Nobody smashed any fingers. 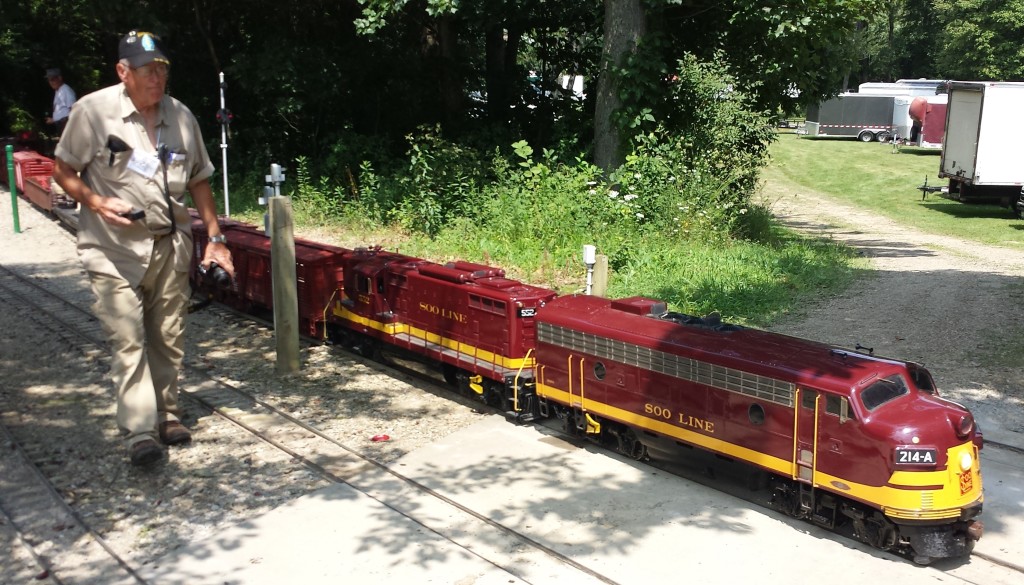 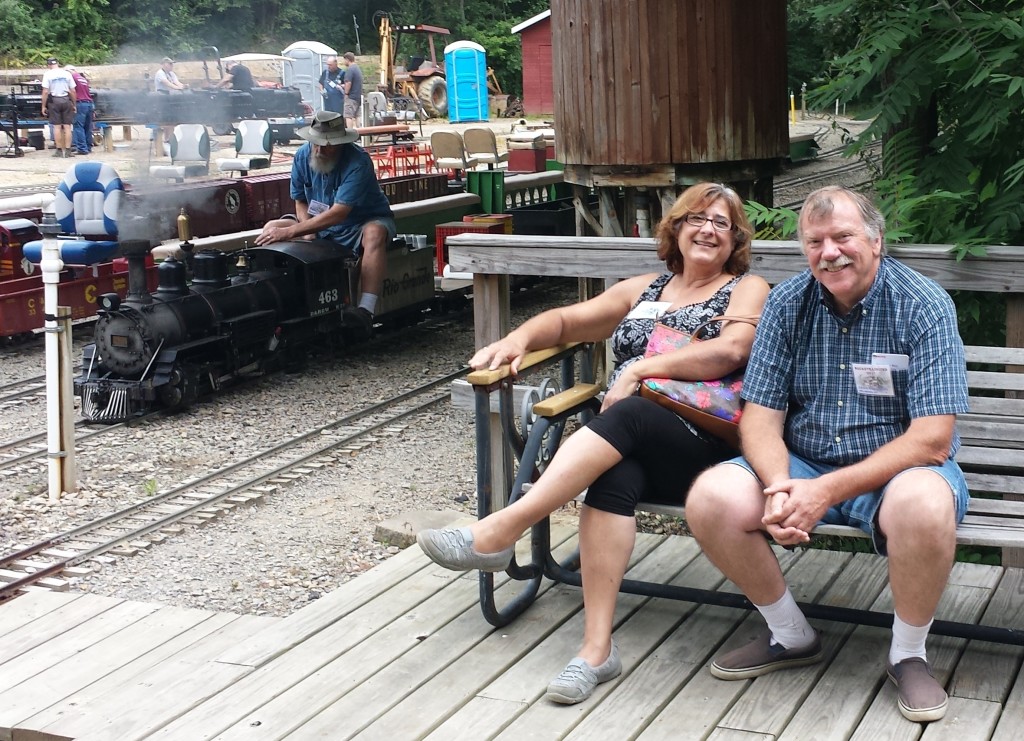 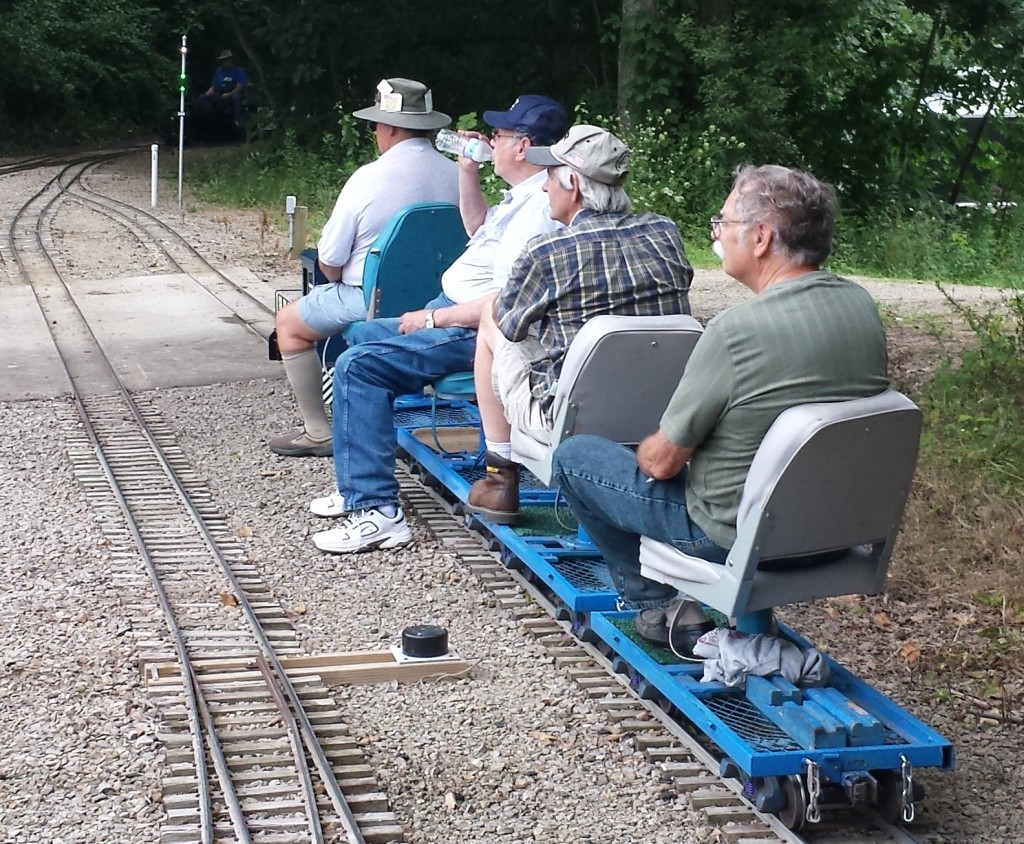 A little hard to see but the signal is showing two green lights meaning the track ahead is not occupied.  The engineer captures the track block by tripping the switch on the pole on his right hand side which turns the signal to yellow. 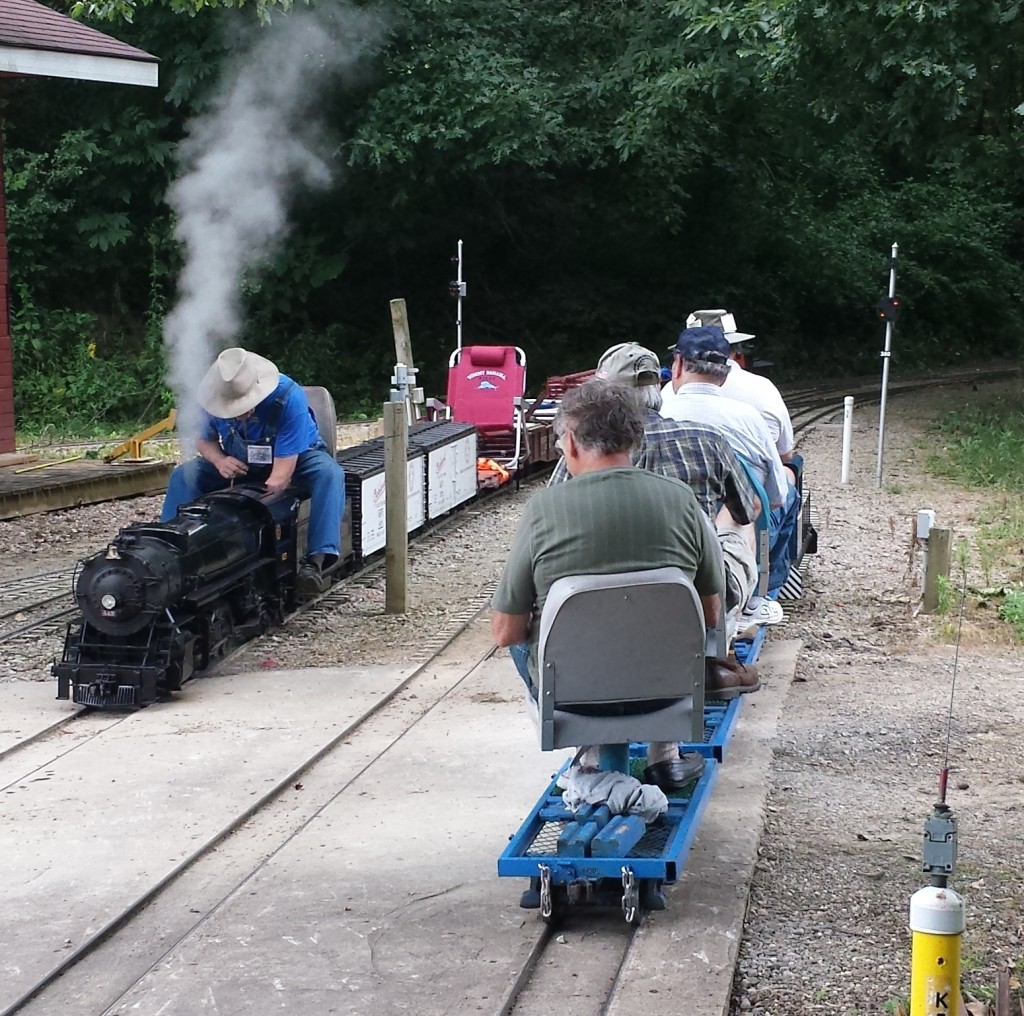 A nice model RR crane.  It was demonstrated later by lifting a set of trucks in the vendor area.