Bridge and tunnel supports.  In the upper left of this picture is the power pole that we believe is the one needing to be relocated.  It is very close to where the 3-foot gauge RR bridge passes by. Dirt is being placed between these two supports. Note the center keyway in the right support and also how close our track is to the support excavation. Support closest to the levee. As a position reference, note the landscaping timber wall that the train club put in several years ago. It has not been moved during the construction. Our track, that was between the landscaping timbers and the new concrete support, has been completely removed for the entire length. Track sections taken from here are labeled Area A, tracks (R-L) A1, A2, & A3. The two switches that were here are at the far end in this picture just beyond the excavation and were taken out together as a single unit, so it is very heavy. View looking west showing our three tracks. Track A1 has been cut into 15 to 18 foot sections and removed. Track sections have increasing section numbers going west. So the first (closest) track section removed on the right here would be A1-1. Next, going toward the tower, would be A1-2, A1-3, etc. We need to know where they came from so we know where to put them back. There are 58 sections that were marked in the five areas, total. 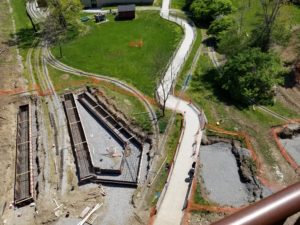 View from the top of the clock tower. 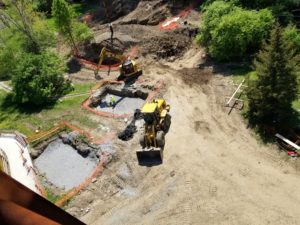 Another view from the top of the clock tower looking just to the south of the other picture. The square holes are for footers to support the bridge piers. 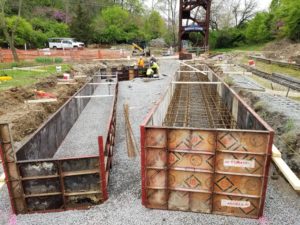 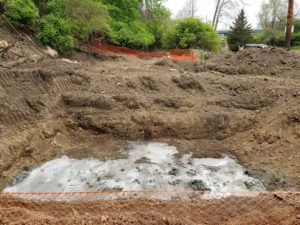 Large hole west of the tunnel. The small diameter pier holes have already been drilled and cement pumped in. 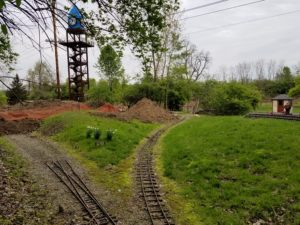 Looking west from the earthen tunnel. Tracks removed from the left of the picture are tagged Area D and have been stacked on the hill visibly in line with the beige switch tower. 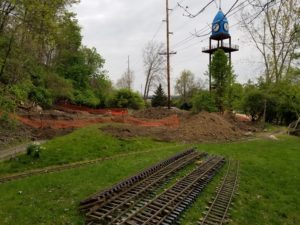 Forms have been erected for the footer closest to the levee. View from up on the levee.  The yellow machine in the back is drilling pier holes in the next footer area.  The holes are 15 feet deep and are filled with cement to support the footer.

The pictures below were taken on the Tuesday, April 13, 2021 work day.  Click each to enlarge. View looking west. Track comes down from the east end of the earthen tunnel. View looking west. Orange fencing cordons off where bridge piers will be. Cross-over track goes up to the west end of the tunnel. 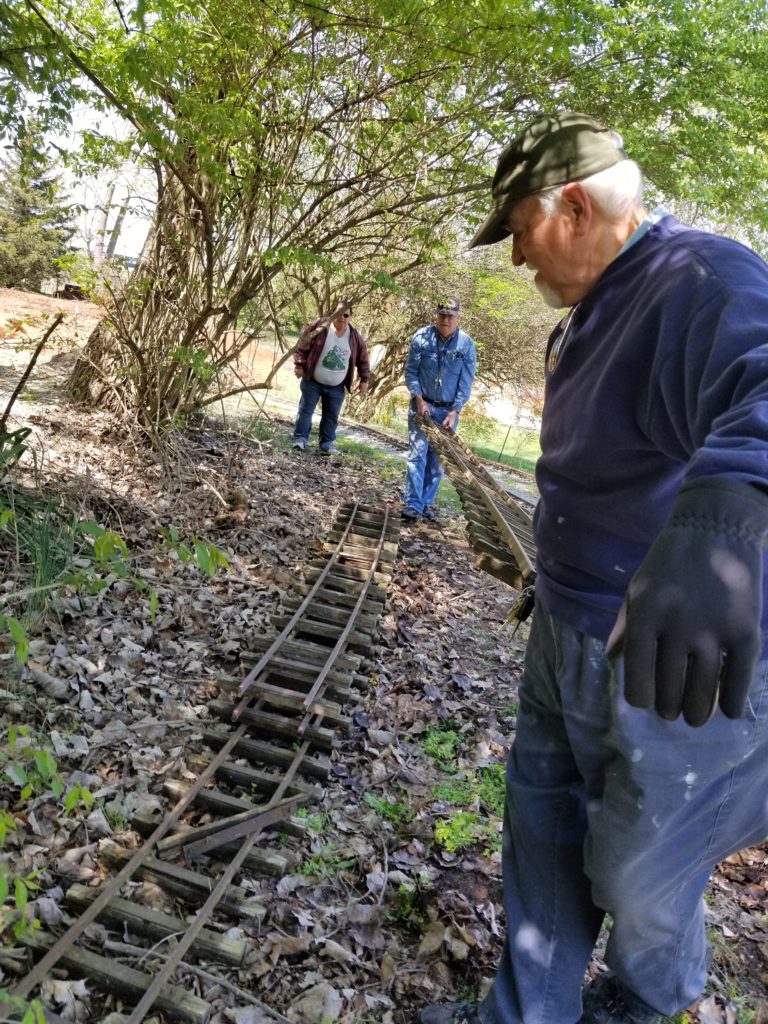 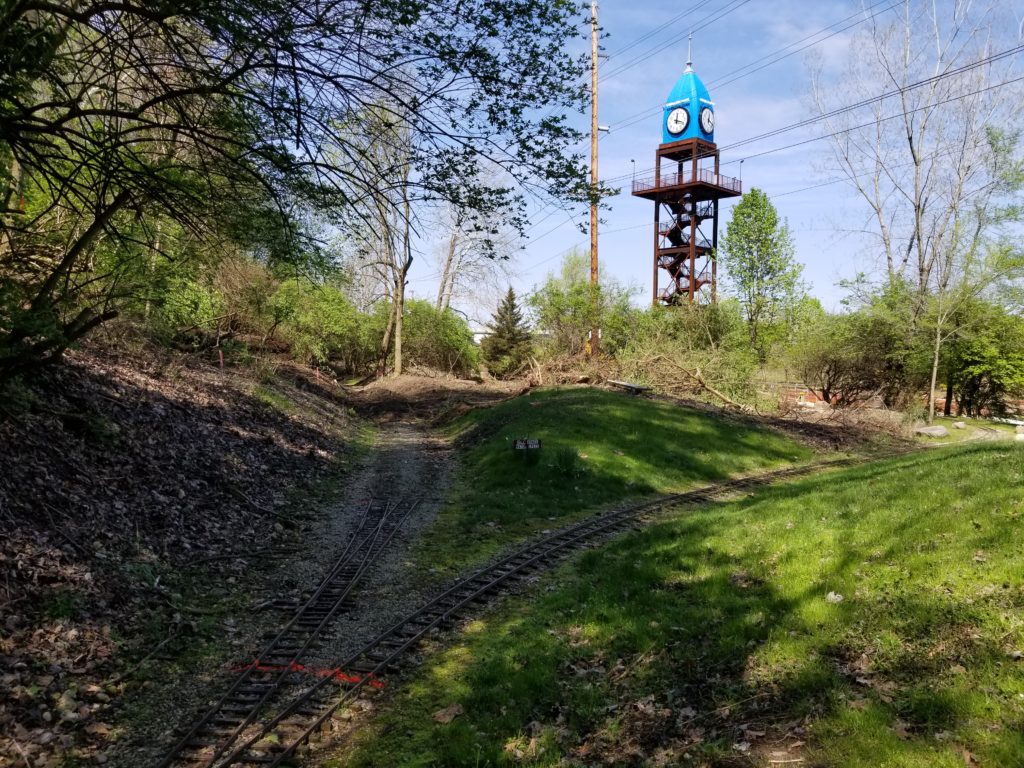 Looking west from near west end of the tunnel.  Orange marks are painted where track may need to be cut. 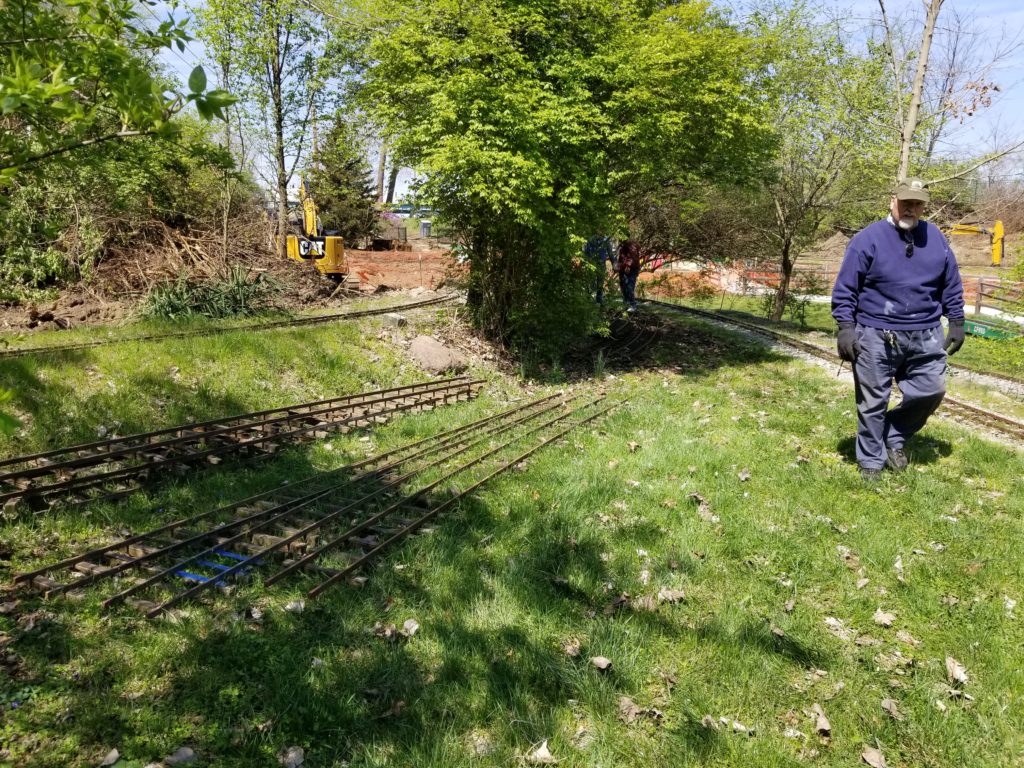 Track sections and one switch stored away from the construction. 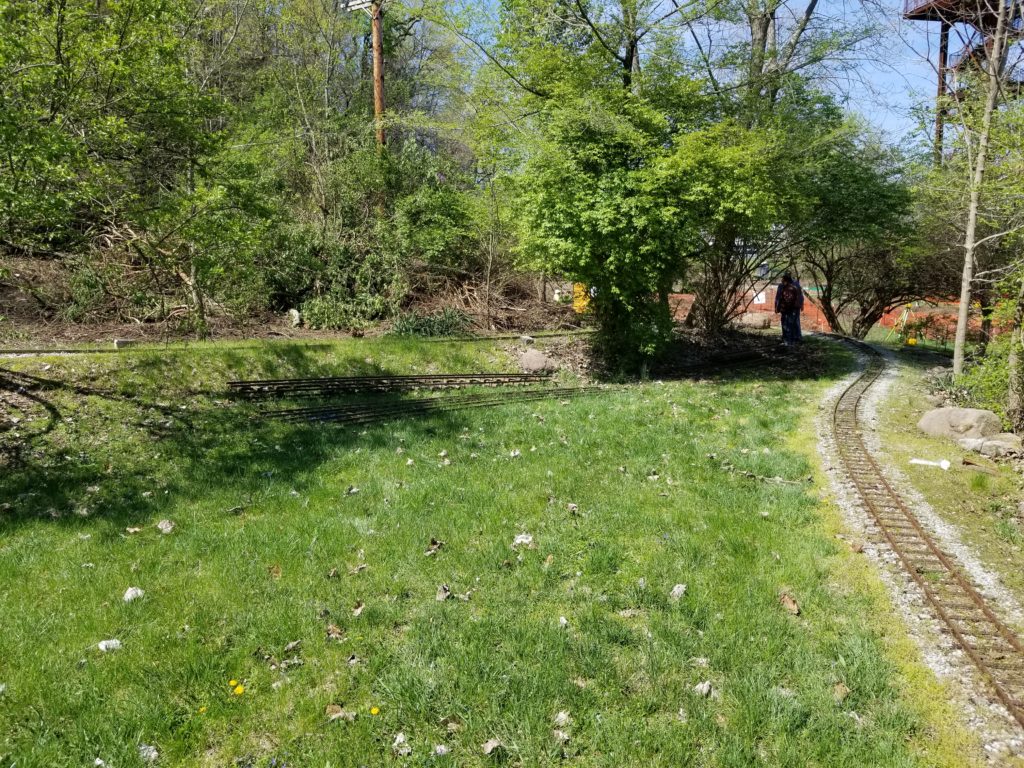 Flat area close to switch tower which will be used as work area to replace track ties. 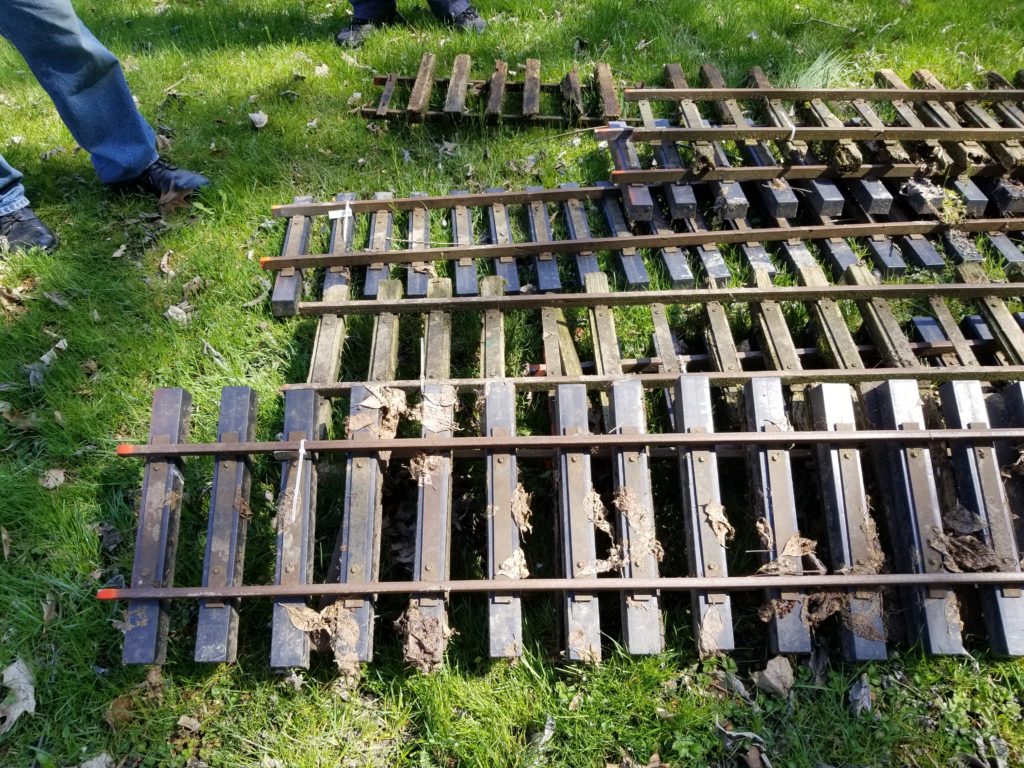 Track sections stored near the west end of the tunnel. Note missing and heavily deteriorated ties on these sections. 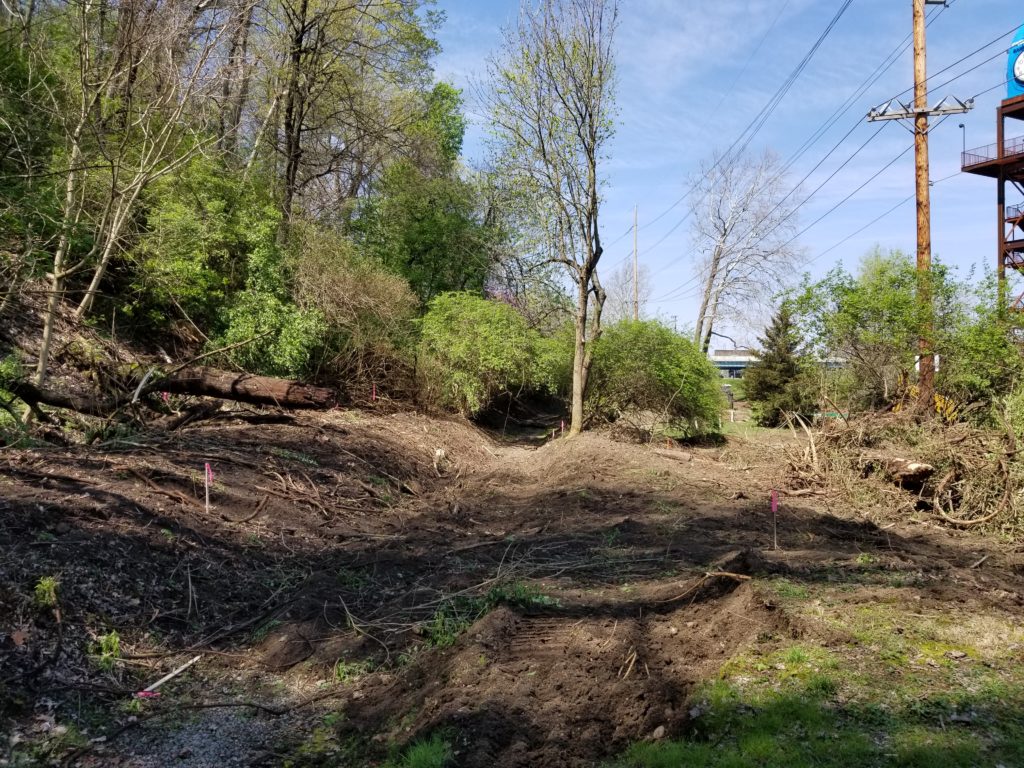 View looking west a short distance down from the tunnel.  The new 3-foot gauge track will cross overhead of our track. Picture is rotated – can’t fix. Will replace sometime. The yellow excavator machine will be used to drill a 15′ deep hole where each flag is and cement will be pumped in to form a small diameter pier. A two foot thick footer will be poured on top to support one of the four main bridge piers here. Flags locate where a small diameter pier will be formed.